All you need to know

Passports and Visas
Passports valid for at least 3 months must be produced on arrival by all visitors. Visas are not required by most foreign nationals provided they are bona fide tourists and do not intend to stay more than 30 days. However, it is advisable to check with the nearest New Zealand Government representative for details.
Entry Formalities
The entry and departure of visitors is subject to immigration controls. If you hold an Irish passport you don't need a visa to enter New Zealand for up to three months, because of a visa waiver agreement with New Zealand. However, you must provide: travel tickets or evidence of onward travel arrangements.
Airport Tax
International Departures: a Departure Tax of $20-25 is payable at all international departure airports except Auckland and Christchurch where this tax has been included in the airline ticket. The Departure Tax for children varies at different airports. It does not apply to Transit passengers in New Zealand for less than 24 hours.
Domestic Departures: Hamilton, Rotorua and Palmerston North collect a $5 levy/tax from all departing passengers.
Climate and Seasons
New Zealand seasons are the reverse of the Northern Hemisphere.
Spring: September - November
Summer: December - February
Autumn: March - May
Winter: June - August
In general, the New Zealand climate is moderate all year round with no distinct rainy season. Snow falls in the mountainous country in winter but there is no general winter freeze and in summer the temperature is not excessively hot.
Time Zones
New Zealand is very close to the international dateline and is 12 hours ahead of Greenwich Mean Time. It is one of the first places in the world to witness the new day.
Government
New Zealand is an independent, sovereign state and a member of the Commonwealth. The government is based on the British Parliamentary system. The head of state is Her Majesty Queen Elizabeth II, who is represented in New Zealand by a resident Governor General.
Language
English is the common language used in New Zealand, however, Maori is also an official language.
Population
The population is approximately 4 million. Many people are of British descent and there are immigrants from European and Asian countries. The largest minority are the indigenous Maori and there is also a significant Pacific Island population.
Driving
In New Zealand vehicles are driven on the left hand side of the road with distances and speed limits shown in kilometres. All drivers with a non English language licence must carry either an accurate official translation of this licence or an International Driving Permit while driving.
Currency
The New Zealand currency is based on the New Zealand Dollar (1 NZD = 100 cents), notes in use are $5, $10, $20, $50 and $100 and coins in denominations of $1, $2 and 10, 20 and 50 cents.
Goods and Services Tax
All Goods and Services in New Zealand are subject to a 15% Goods and Services Tax (GST). This is subject to change.
Tipping
Hotel porters are generally tipped a small amount and for exceptional service in restaurants, you can add 10% to the bill. There are no service charges added to bills.
Banking
Banks are open from 9.00 am until 4.30pm, Monday through Friday but do not open on public holidays. In some larger centres there may be a bank open on a Saturday and Sunday but this is limited. All major international credit cards are accepted throughout the country and travellers cheques can be changed at banks, hotels and stores in the main cities and resorts.
Shopping
The majority of shops are open between 9.00am and 5.30pm, Monday to Friday. Many stores are open on Saturdays and an increasing number are also open on Sundays. In main tourist centres and resorts, stores are invariably open extended evening hours. A wide variety of consumer goods are available in New Zealand and due to low import tariffs prices are often very competitive. New Zealand enjoys a reputation for producing high quality goods, in particular clothing. Locally produced gift items include sheep-skin products, woodware, paua (abalone) and greenstone (NZ jade) ornaments and Polynesian arts and crafts.
Dress
Informal (smart casual) dress is acceptable on most occasions in New Zealand and is in fact quite appropriate given the relaxed lifestyle. Men are generally not expected to wear suits and ties except in a few of the more exclusive bars and restaurants in major towns. In the summer it is usually warm enough to go out in the evenings without a jacket but it is advisable to include one in your luggage as it can turn cooler, particularly when inland. Rain is always possible so a light waterproof jacket or coat should also be included in luggage.
Precautions
There are no snakes or dangerous wild animals in New Zealand although there are a couple of insects which can be a nuisance. The only poisonous creature is the very rare katipo spider. No vaccination certificates are required in order to enter New Zealand.
Accident Compensation Scheme
In some situations visitors to New Zealand are covered under the Accident Compensation Scheme for personal injury by accident and are entitled to claim, irrespective of fault. Benefi ts include some medical and hospital expenses but do not include loss of earnings outside New Zealand. New Zealand law prohibits the bringing of action for damages in New Zealand courts. We therefore recommend your travel insurance policy covers accidents.
Water
Tap water is safe to drink throughout the country.
Electricity
220/240 volts AC is the standard, accepting generally 3-pin plugs. 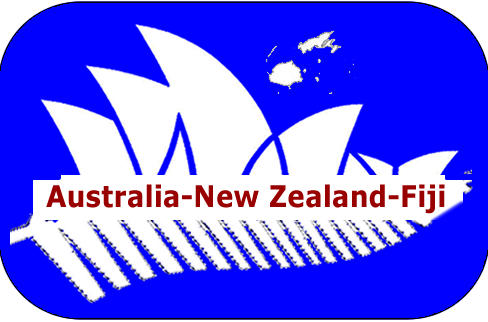